By The Ladies Cue
Food

BreadTalk’s stores usher in spring with a gorgeous range of nine ‘pink- tone’ treats! This specially-curated range of products reflects the blossoming of flowers – a symbol of hope and new beginnings. These limited-time products are available at all BreadTalk outlets island-wide and online at www.breadtalk.com.sg/shop from now till 18 April 2021.

Spring beckons with the stunning Party Pink 粉红派对 ($44.80). This six-inch cake is decked out in a trio of pink. Enjoy the alternating layers of pillow-soft pink vanilla chiffon cake, tangy raspberry rose coulis, and strawberry white chocolate cream! This blushing beauty is crowned with a medley of fresh Korean strawberries, blueberries, and rosemary. The classic sweet bun, Melon Blush 甜甜瓜 ($1.90) is inspired by the traditional Japanese favourite melonpan with a crispy strawberry crust that resembles the surface of a rockmelon and a strawberry milk filling.

The spring collection also features an irresistible Strawberry Blush 草莓好小子 ($2.80) and Strawberry Donut 草莓甜甜圈 ($2.30). The former is a riff on BreadTalk’s best-selling Smart Aleck – a Danish sweet bun filled with strawberry custard cream and fresh strawberries, while the latter is a mouth-watering confection cloaked in white chocolate glaze, a generous drizzle of strawberry chocolate, then topped with a fresh strawberry.

BreadTalk is a distinctive, award-winning Singapore brand that has gained international appeal. It is renowned for the way it has revolutionised the culture of bread consumption with its visually appealing and creative products. BreadTalk has earned both industry and consumer recognition for its brand efforts. Its international brand accolades include its success at the prestigious World Retail Awards in 2014 in Paris; and clinching the London-based World Branding Awards for ‘’Brand of the Year’’ in the Bakery Category in 2014, 2016, 2017 and 2018. Other wins include consecutive accolades in the ‘’Five Star Diamond Brand Award’’ by the World Brand Laboratory in Shanghai; and it was voted by consumers as their ‘’Top Brand’’ for Franchise and Bakery categories by the Influential Brands Awards in Singapore from 2013 to 2015.

Founded as a bakery brand in Singapore in 2000, BreadTalk has rapidly expanded to become an award-winning F&B Group that has established its mark on the world stage with its bakery, restaurant and food atrium footprints. With over 1,000 retail stores spread across 17 markets in Asia, Middle East and United Kingdom, its brand portfolio comprises direct owned brands such as BreadTalk, Toast Box, Food Republic, Food Junction, Bread Society, Sō ssRamen, Thye Moh Chan, The Icing Room and partner brands such as Din Tai Fung, Song Fa Bak Kut Teh, and Wu Pao Chun Bakery.

The Group has a network of owned and franchised bakery outlets in markets across Asia and the Middle East. It also operates the world-renowned Din Tai Fung restaurants in Singapore, Thailand and London as well as the award-winning Food Republic food atrium in markets such as Singapore, Thailand, China, Taiwan, Hong Kong and Malaysia. 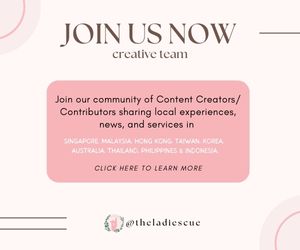